It’s enough to make Mona Lisa grin from ear to ear. Ketchup giant Heinz has employed its artistry with tomatoes to makes its pasta sauce debut. Unveiled this month, the premium, seven-strong range is made in Italy and features variants such as Tomato Sauce for Bolognese and Tomato & Lentil Ragu. Its aim is to inspire a renaissance of Italian cooking in British homes.

Such a rebirth is urgently needed in Italian cooking sauce, the category’s largest sector by some distance. It’s down 9.2% in value. That’s a loss of £38.6m, with 10.7 million fewer packs having gone through the tills [Kantar 52 w/e 26 December 2021].

That decline isn’t a pretty picture – and it’s largely due to a return to pre-pandemic levels after a bumper 2020 of stockpiling and scratch cooking. Amateur cooks broadening their repertoires beyond classical Italian fare has further dampened sales.

So, as out-of-home dining bounces back and more Brits look to the likes of Mexico for culinary inspiration, can Heinz lead an Italian renaissance in cooking sauces? And what artful moves are suppliers making across the wider cooking sauces category to pull it out of its £63.4m slump [Kantar]?

Heinz’s offering is on trend in many ways. For starters, it’s keen to position itself as a healthier option, with the range containing no added sugar and providing one of the 5 a day per serving.

It follows a spate of better-for-you Italian cooking sauce launches – including one by market leader Dolmio in September. Dolmio 7 Vegetables, which is “full of seven different varieties of delicious veg”, provides two of the 5 a day per serving. The range takes aim at the growing consumer appetite for “adding the kind of things that are good for us: more fruits and vegetables, more whole grain, more fibre” says Maria Kabalyk, category lead at Mars Food.

Sauces with health credentials are becoming “more of an expectation” among shoppers, she adds. “People generally don’t want to change the meals they have. So, they still love pasta; they just want to make sure these things are healthier.”

On this premise, Premier Foods last summer added a duo of No Added Sugar lasagne sauce, Tomato and White, to its Loyd Grossman brand, with the latter also containing 30% less fat than its standard counterpart. The launch was designed to “help retailers meet increased demand for products that cater to health and lifestyle choices” said Premier at the time.

“It’s now about adding things that are good for us – more fruits and veg, whole grain, fibre”

Those choices include, of course, plant-based eating. This is another area where Heinz has tapped into consumer trends. It’s keen to stress that all but one of its new septet of sauces – Mascarpone & Grana Padano – is suitable for vegans.

This has proven an area of interest across the wider cooking sauces market. Premier, for instance, added two Deliciously Vegan Indian sauces – Tikka Masala and Korma – to its Sharwood’s brand last summer.

That was followed shortly by Merchant Gourmet’s cooking sauce debut with its Plant Jars range of curry sauce. More recently, in January, London startup Sozyë launched a trio of vegan cooking sauces. They’re made from seaweed and are intended be used in place of fish, oyster and soy sauce.

Many of these healthier lines are using packaging to communicate their virtuous credentials. Heinz’s new lineup, for instance, carries its ingredients on the front label “for transparency”, while Tideford Organics relaunched in July to more clearly communicate itself as organic and plant-based.

This all comes in response to poor perceptions of cooking sauces as a whole. Mars publicly acknowledged the fact in 2016, making headlines when it advised the public not to eat its Dolmio sauces more than once a week due to their high salt, sugar and fat content.

Cooking sauces have long been held back by an “unhealthy perception” of highly processed ingredients sold in ambient jar, says Barilla export marketing manager Alberto Costella. The continued surge in health-conscious consumers means brands are being forced to think up new and healthier products, he adds.

However, he argues brands shouldn’t be developing separate ranges of healthier options – rather adapting core lineups to make them healthier and fresher. Barilla, for example, is focused on improving the quality of its ingredients, using only Italian tomatoes and selected meats from a controlled supply chain, the “very best vegetables” and basil that is sourced within 20km of its factory.

The question is whether meaningful change is actually possible. As Ben Reynolds, deputy CEO of Sustain, put it six years ago amid the Mars debacle: “The truth is that anything that comes out of a jar or has been processed is not going to be particularly healthy.”

Many brands are struggling to prove him wrong, with cutting down salt and sugar still presenting a challenge. One portion of Dolmio’s 7 Vegetables, for example, contains a fifth of the recommended 6g of salt per day, while Sharwood’s Tikka Masala comes in at around 15% and Heinz’s new bolognese sauce has 13%.

At the same time, healthy sauce brands are facing another key challenge: price. This is likely to become an even more crucial battleground as inflation continues to rage.

Dolmio’s veg sauces cost £2 for 350g: twice the price of some equally sized jars in its range, while Napolina’s Selezione Speciale retails at a premium £2/290g. Heinz is even more expensive at £2.50 for 350g.

It’s a marked change from when sauces rarely moved north of £1, says Richard Taylor, founder of brand design agency Brandon Consultants. On the plus side, if consumers accept these prices, it opens the door to challenger brands.

While the previously price-led market made it tricky for smaller firms to challenge multinationals, that’s changing, Taylor adds. Take Merchant Gourmet’s debut sauces, which launched in September priced at £3.50/330g, while Mr Organic is growing sales from a premium £3.59/660g.

Challenger brands are seeing similar success across pastes and meal kits, notes Taylor. “If you go more into Indian, Chinese or Middle Eastern cuisine, I think that’s where the challenger brands have got a chance to fight because there’s not as much dominance.”

An example is Potts’ Partnership, which claimed a world-first last year with cooking sauces in a can, starting with a Mexican range in Tesco. This March will see seven new products across Italian, Indian and Chinese, which head of sales Ian Butt says will bring “excitement to a staid category”.

Restaurant brands are eyeing the same opportunities for growth in grocery, as they reel from recent losses in hospitality. Sushi brand Yo, for instance, is focusing its new products on the trends of new-found home cooks and convenience, says David Burke, head of marketing for food manufacturing consultancy The Flava People.

To read the full article visit The Grocer

If you'd like us to help your brand win the fight for relevance, we'd love to hear from you, email kate.bermingham@brandon-consultants.com. 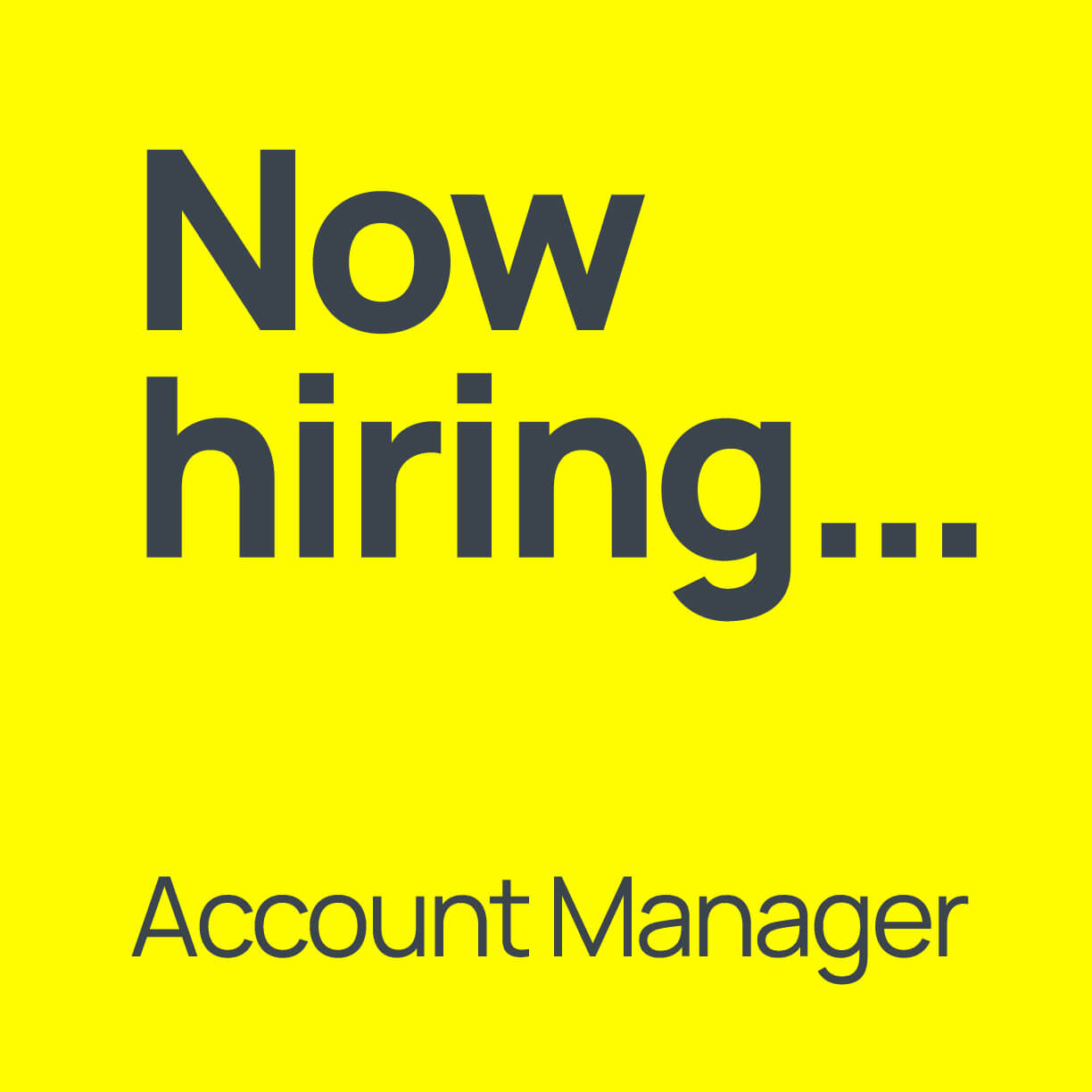 We’re looking for an experienced Account Manager to work across a portfolio of FMCG accounts, helping our clients win the fight for relevance.

We’re looking for an experienced Marketing Manager with a natural hunger for hunting out PR opportunities to help grow our creative reputation. 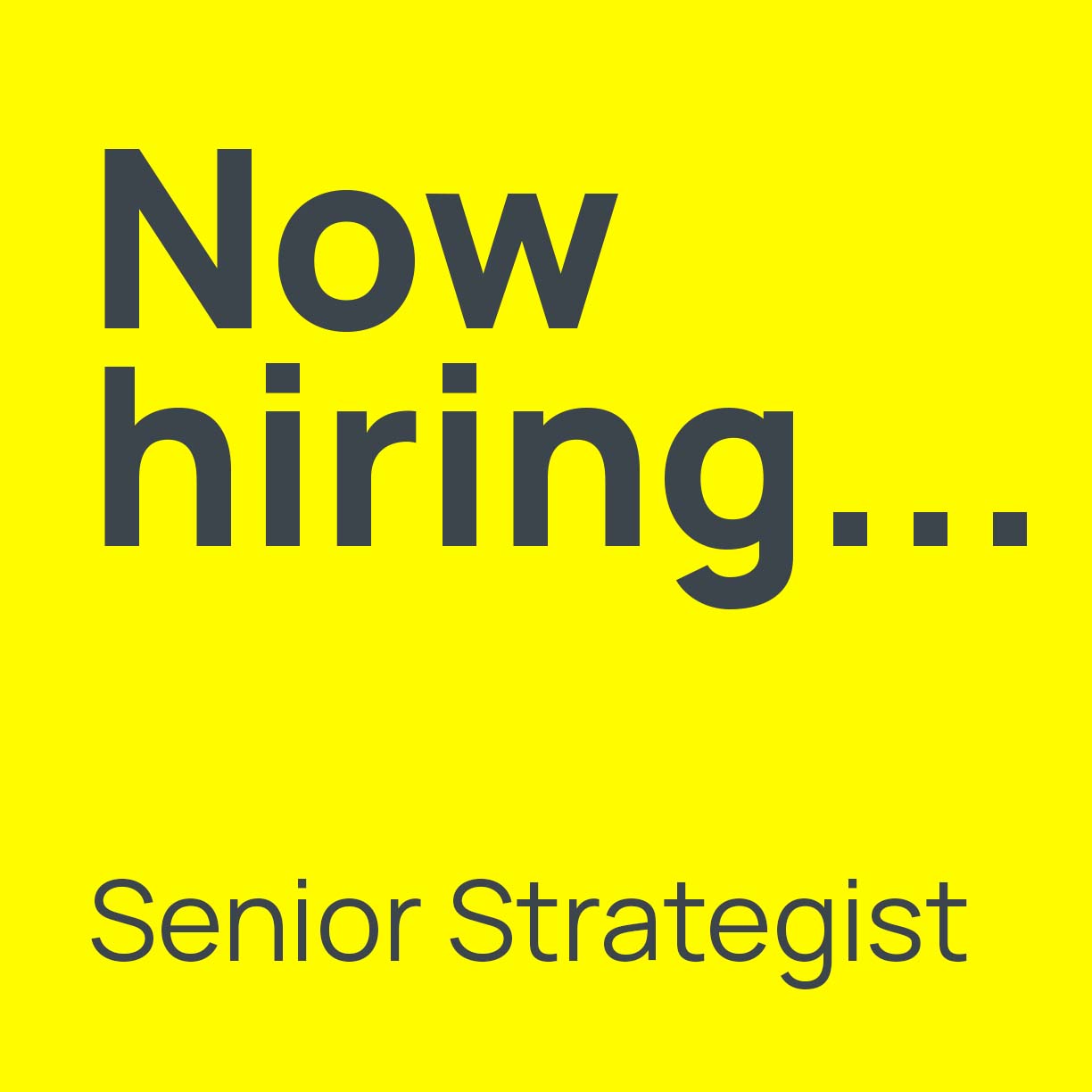 We’re looking for an experienced Strategy Director to take the lead on brand strategy for our client partners across a portfolio of FMCG accounts, and also to establish strategic thinking at the heart of our business.

Introducing Take 5 with... a chance for a 5 minute catch up with Brandon colleagues. Today, we're chatting with designer Joe Wise.

We’re looking for an experienced Design Director to inspire and nurture our creative team to collaboratively produce the best-in-class design.

‘More oblique than direct’: How brands benefit from extensions into adjacent categories

Why CPG Joint Ventures Are on Tap for PepsiCo, Molson Coors, Others 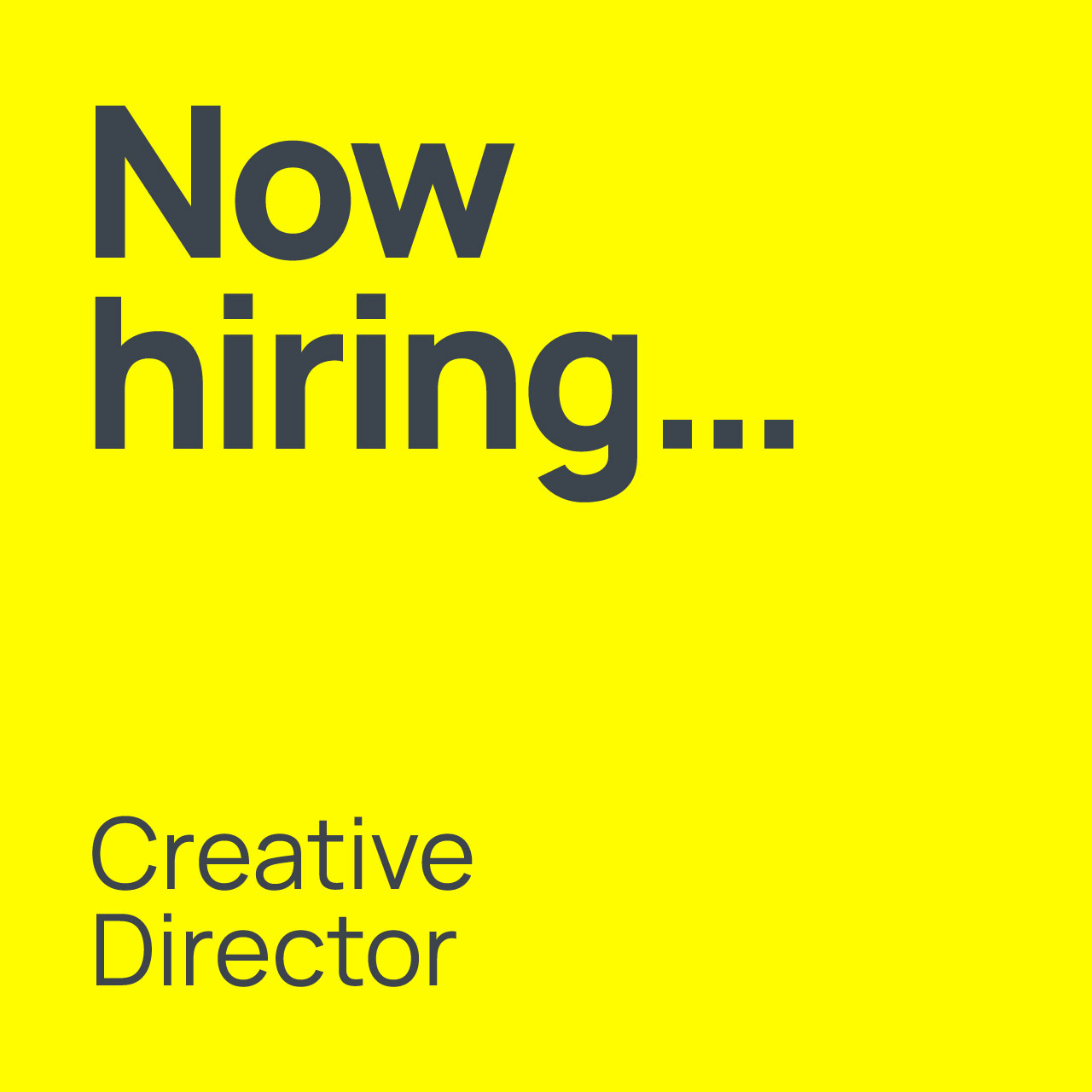 We’re on the hunt for an awesome Creative Director to join our award-winning brand design agency.

FMCG CEO: Marketing during the downturn 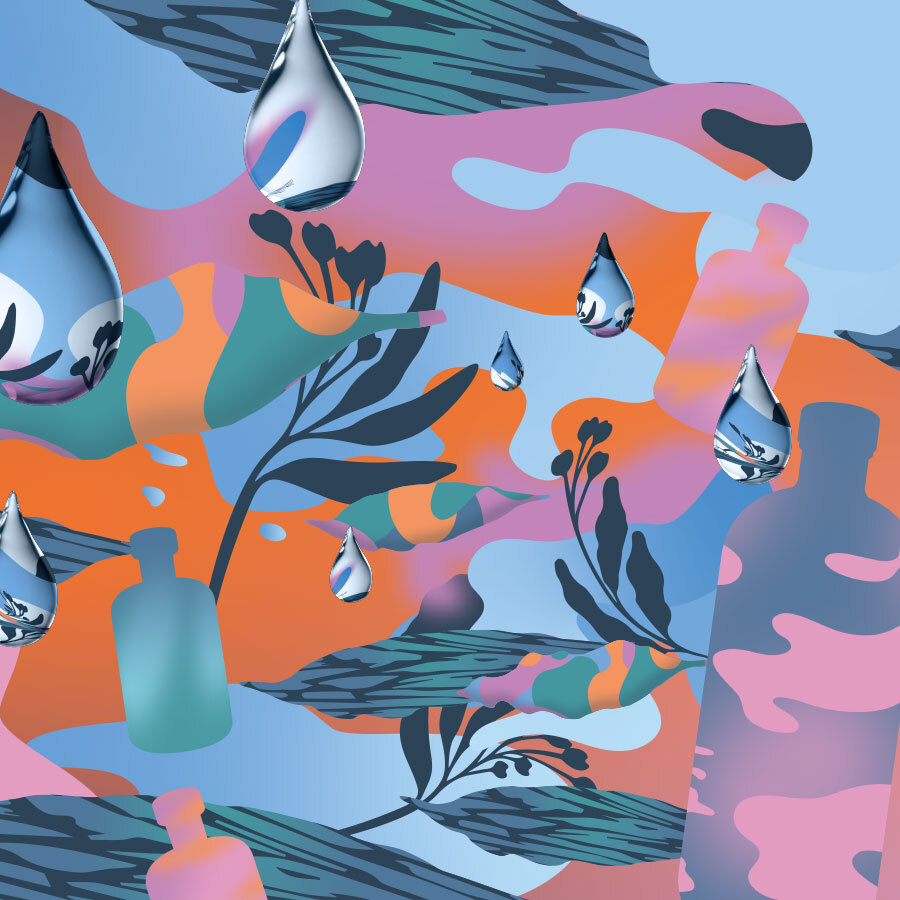 If you're a talented Creative Artworker with proven experience of working in a fast-paced design agency, get in touch.

If your love of design craft is matched only by your passion for delivering big ideas, get in touch.

We’re looking for a Design Director to inspire our creative team. If you’re a natural creative leader with a portfolio that will blow our socks off, we’d love to hear from you!

SiS embraces the dark in its campaign aimed at sports enthusiasts. 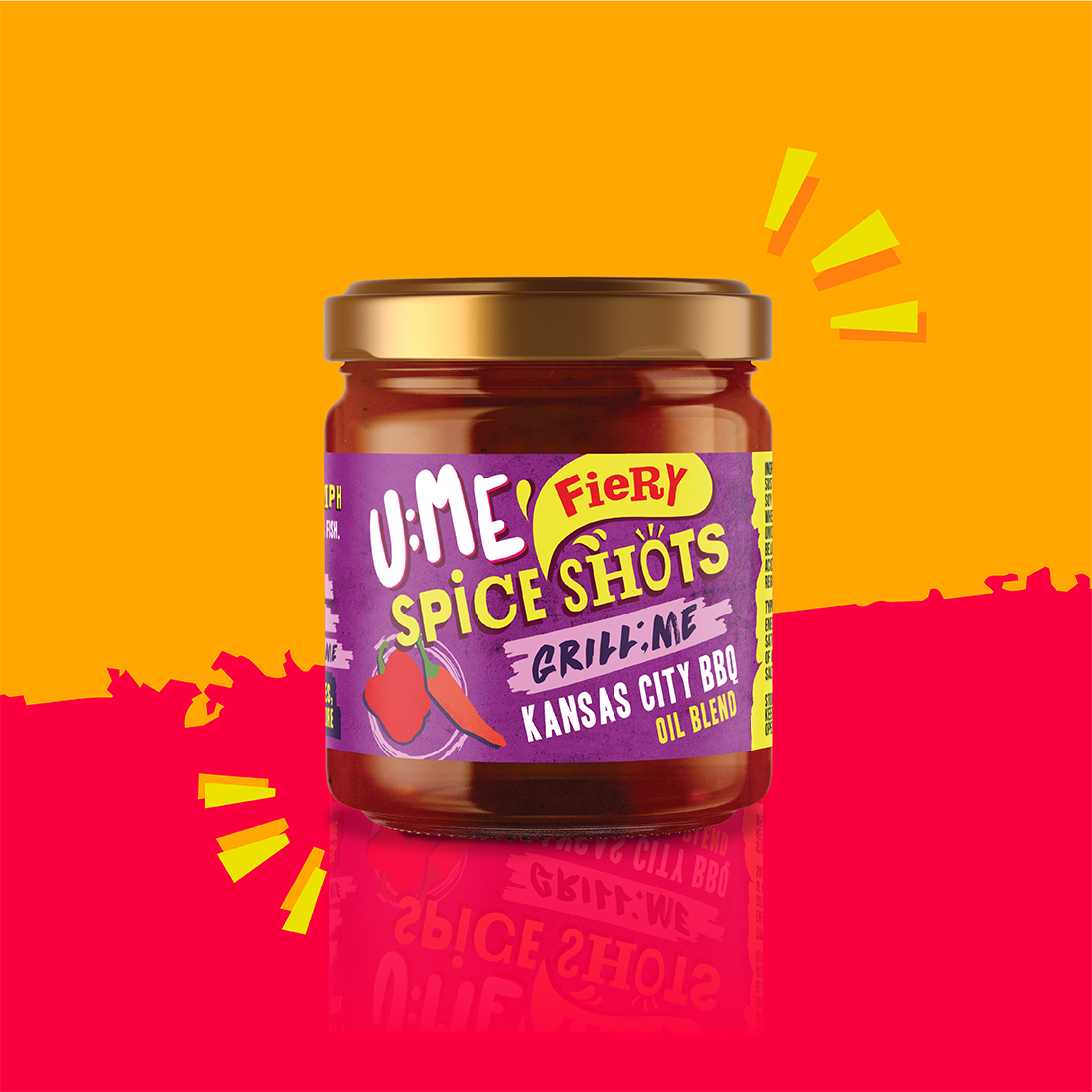 Our design for new proposition U:ME Spice Shots is in stores now.

Brandon provides Bob Martin with a clear path for growth

Go get your hands on Carex Nurture – they’ll thank you for it. 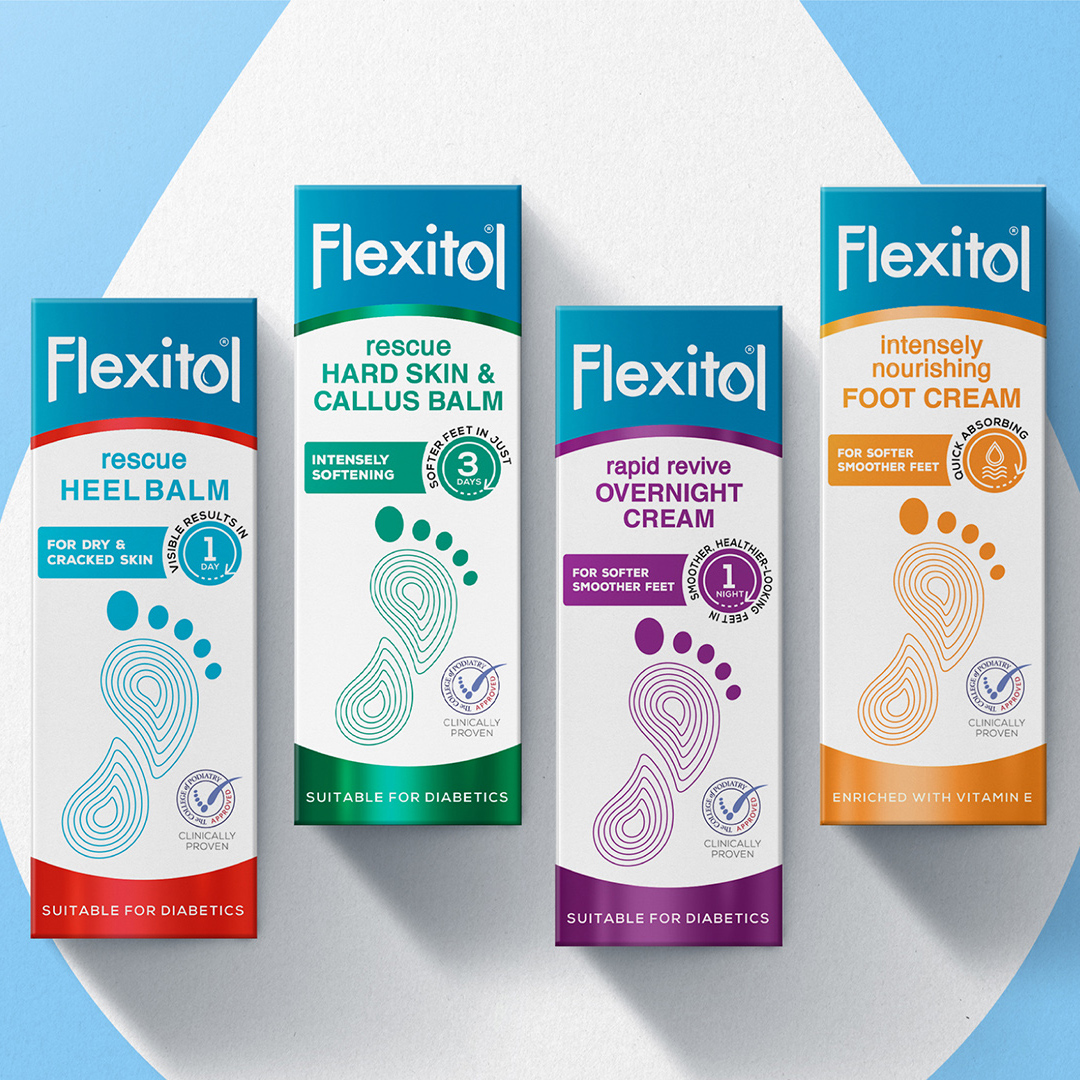 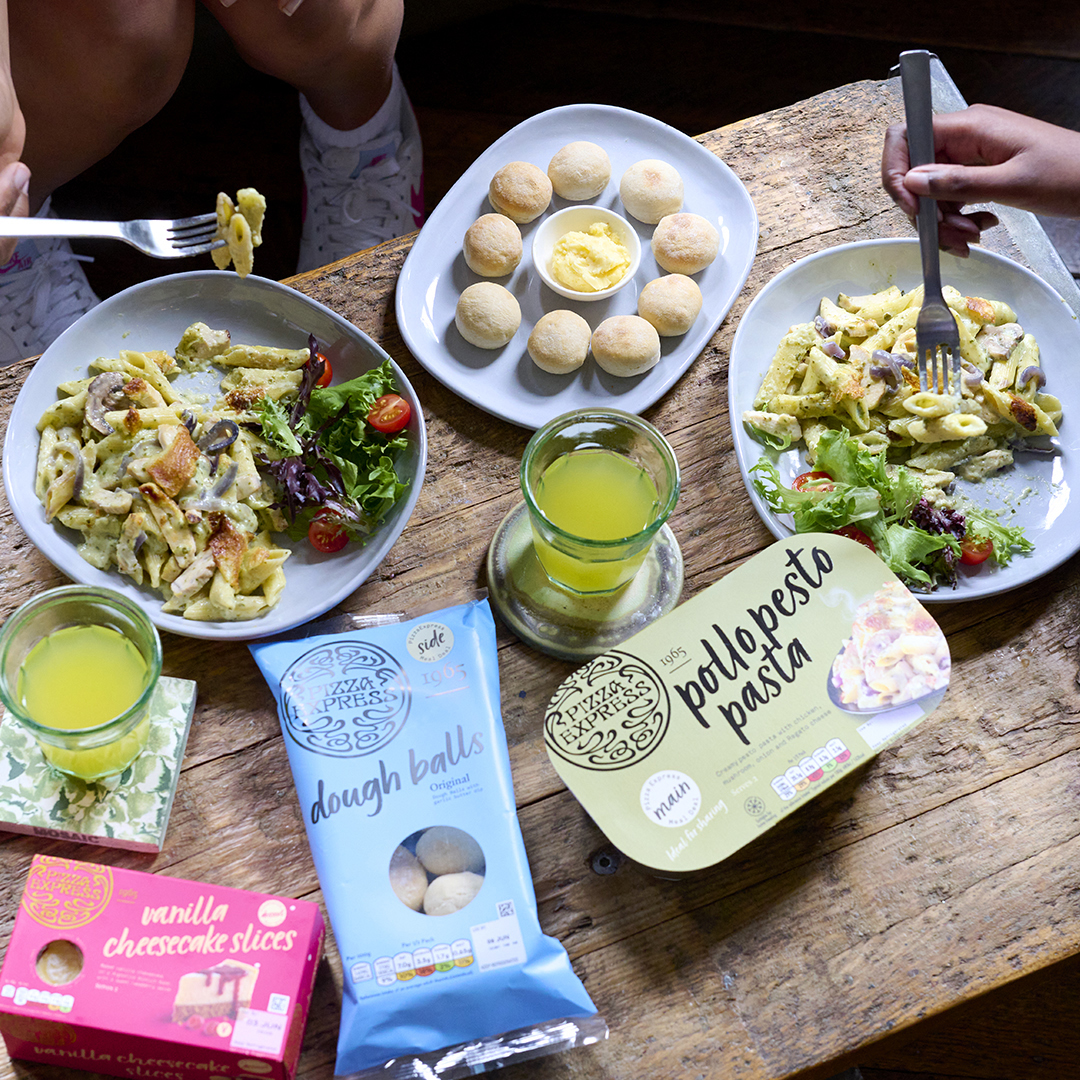 Bringing the PizzaExpress brand to life in an identifiable and impactful way across multiple categories. 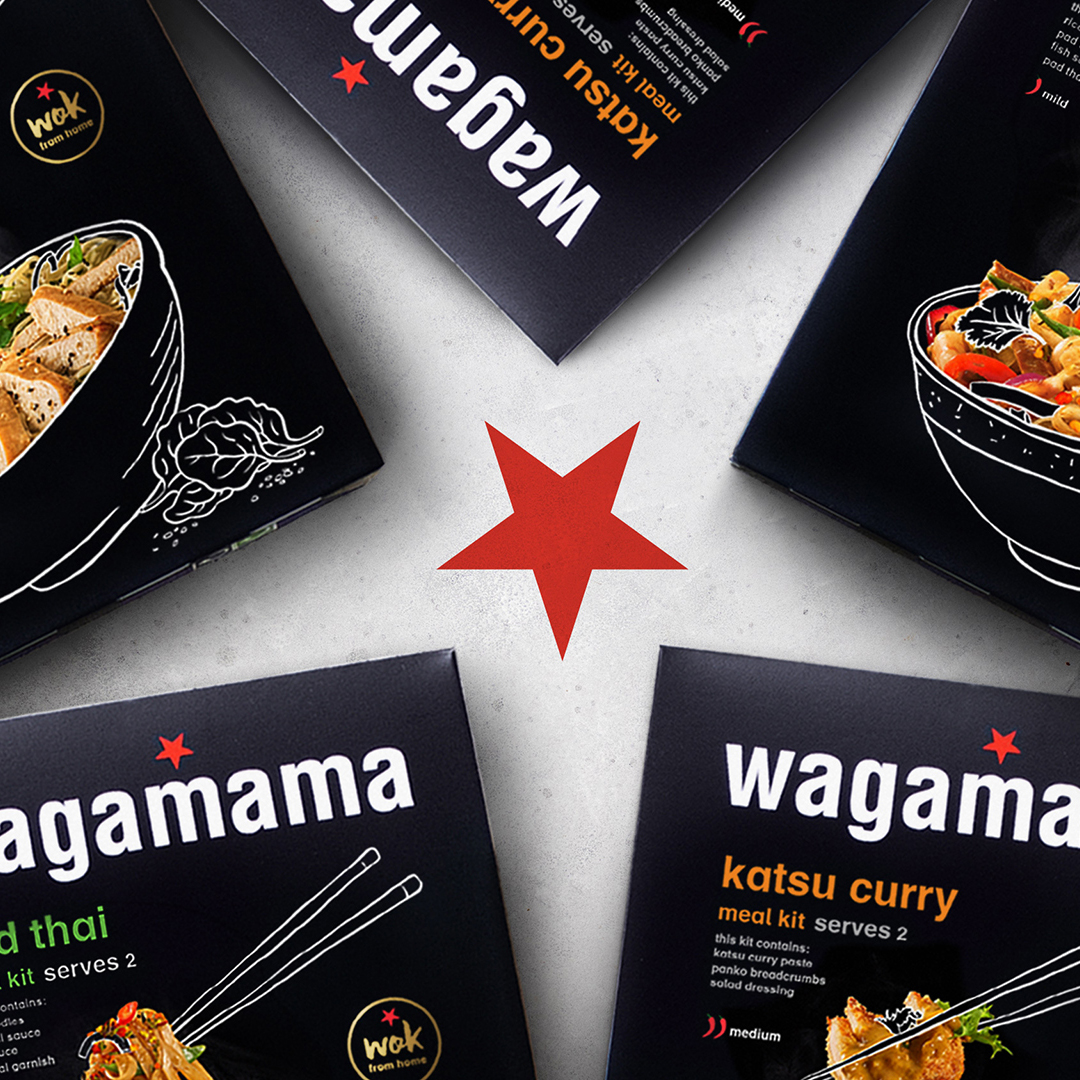 All About Food launches wagamama into retail with design by Brandon

A fresh new range by wagamama – from restaurant to home. 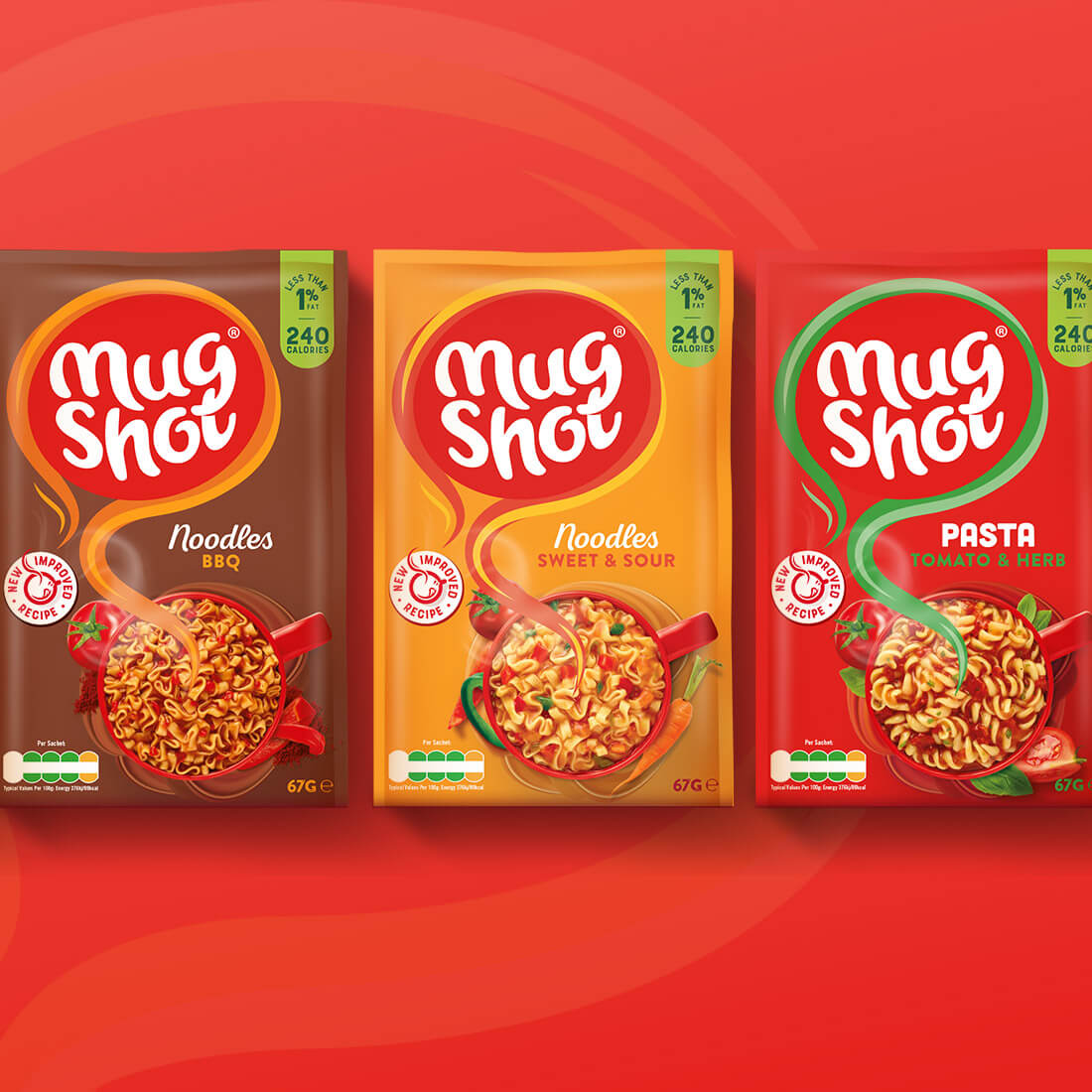 We repositioned Mug Shot to appeal to everyday snackers - read the story here. 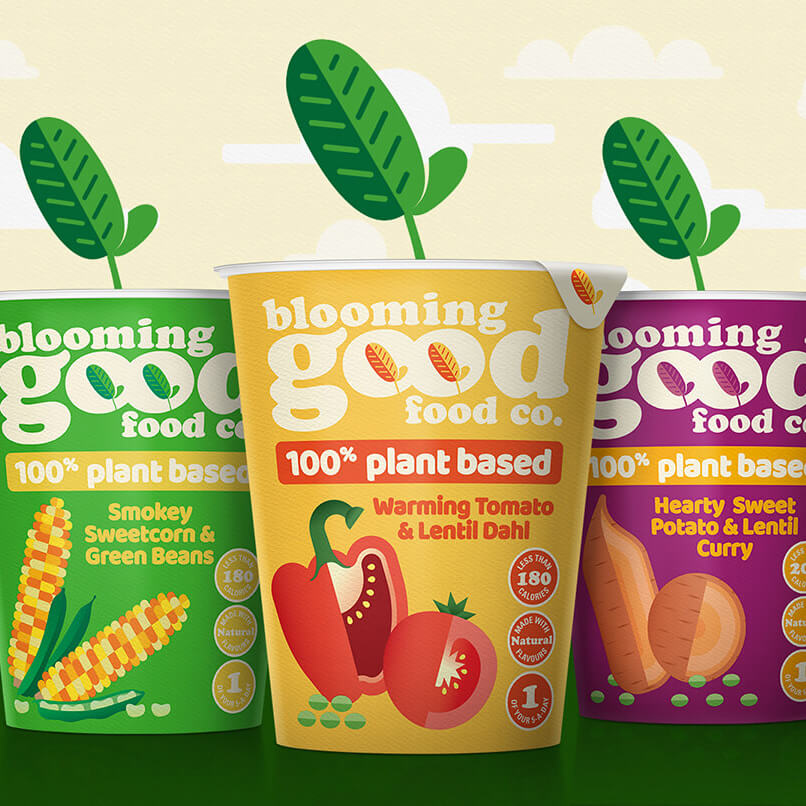 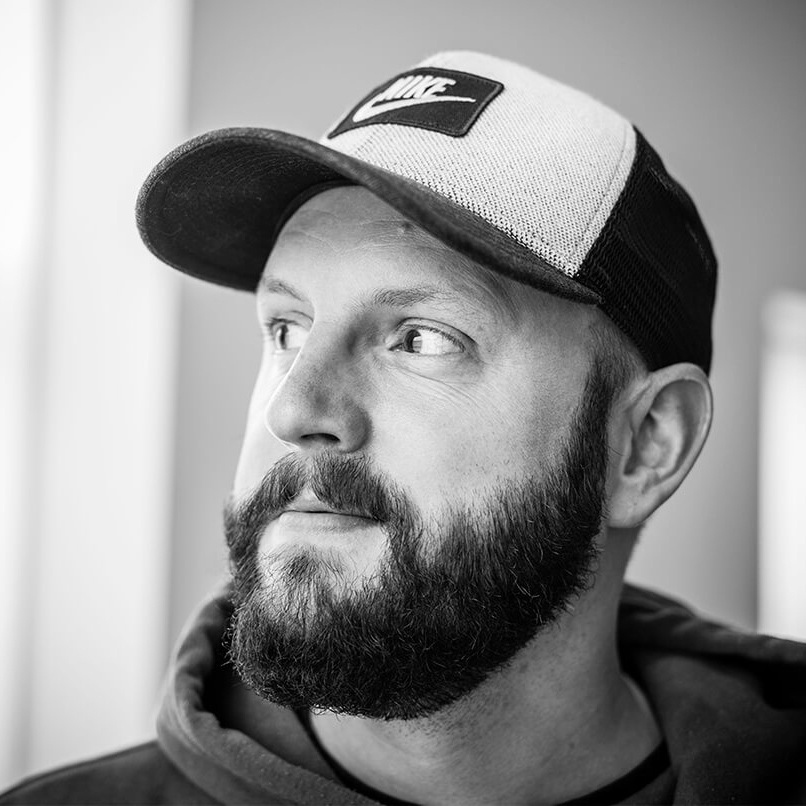 Interview with a Designer - Bobby Wells

Bobby talks to Favourite Design about what inspired him to become a designer and what motivates him every day. 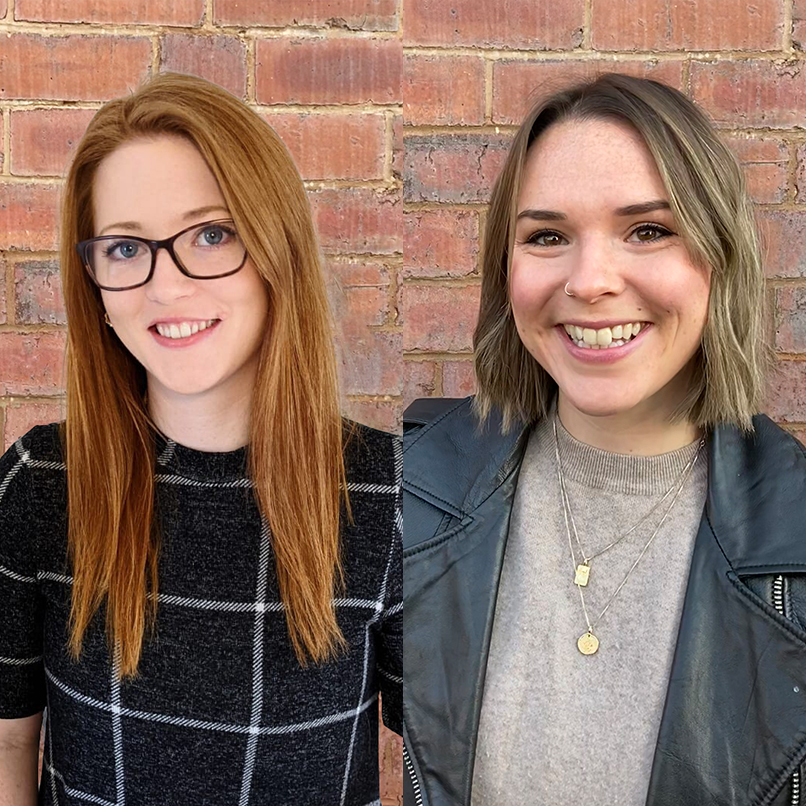 We're expanding our agency to support a growing client roster. 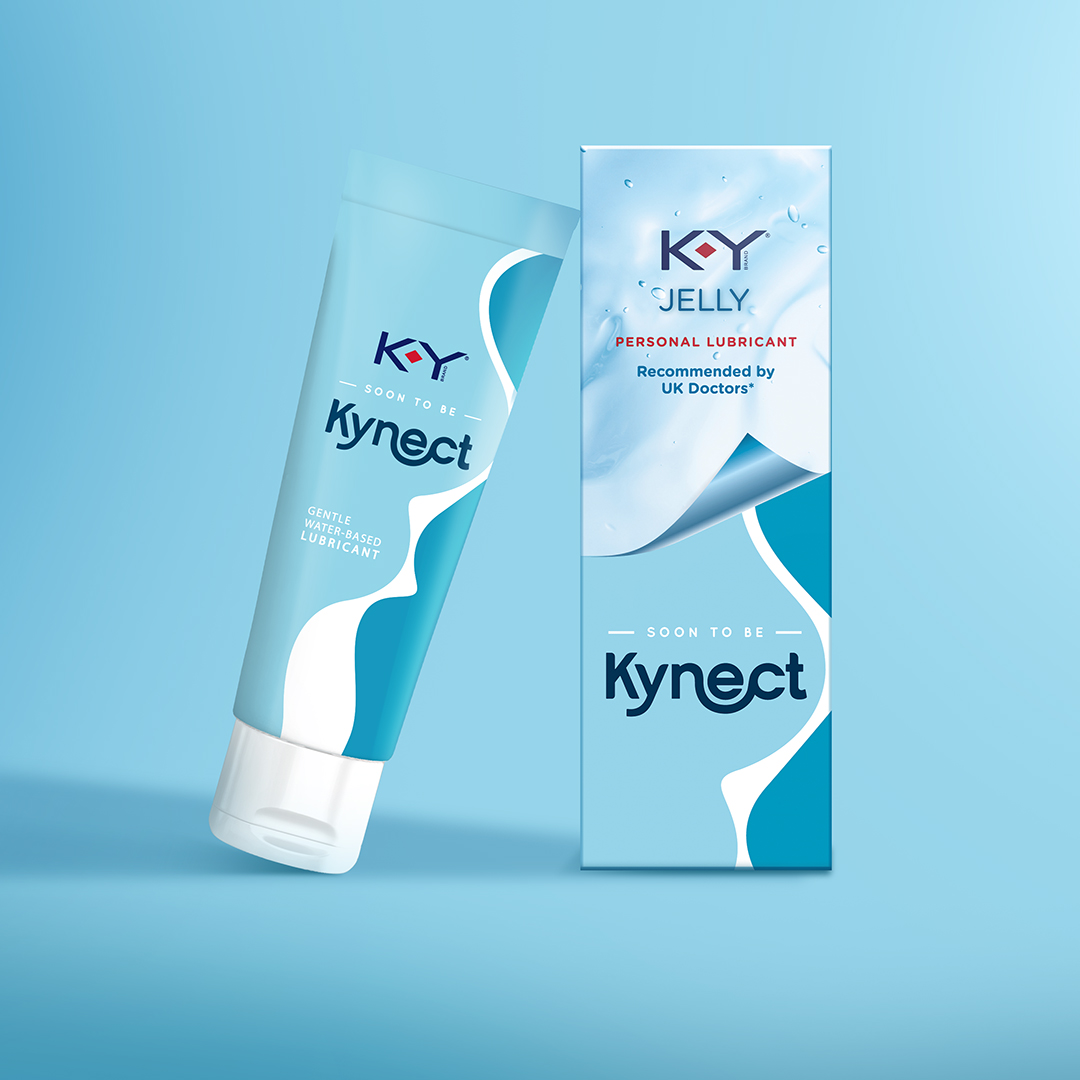 Kynect: Changing the face of a category

KY Jelly unveils its new look and feel under the brand name, Kynect. 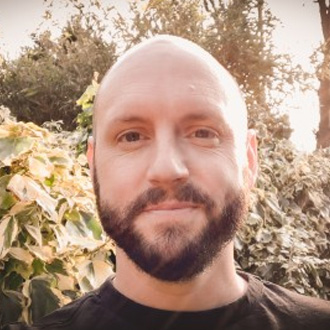 We're growing our agency into a bigger and better place with the help of a top new addition. 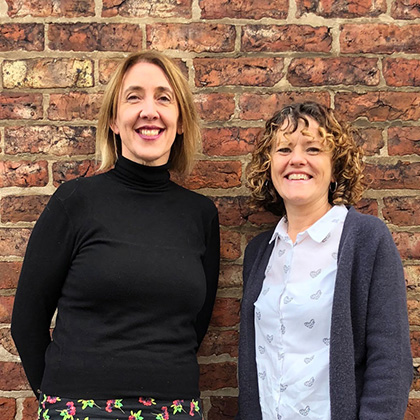 We're growing our agency into a bigger and better place with the help of two top new additions to the Brandon team. 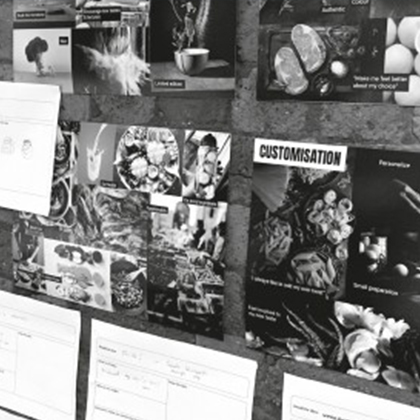 Our Top 5 points to ensure your workshop ideas turn into successful and profitable NPD. 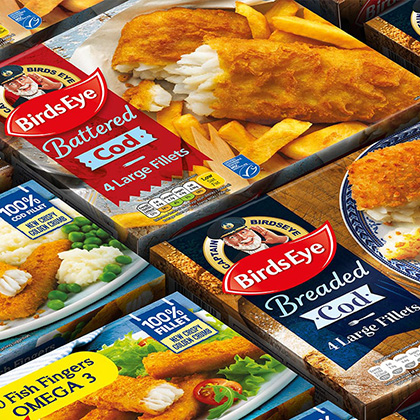 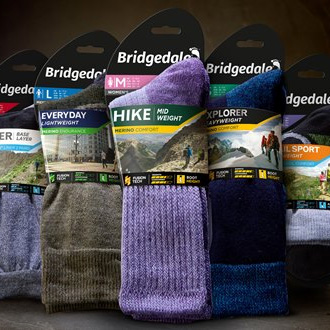 Transform Tuesday: Looking at the Bridgedale logo before and after

Our Bridgedale rebrand in this week’s Transform Tuesday. 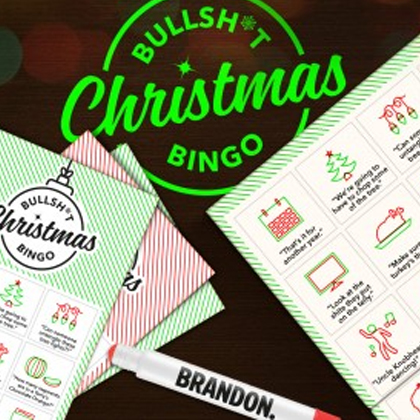 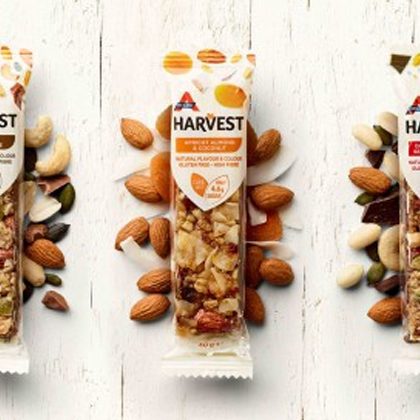 Our new identity and packaging design for Atkins Harvest 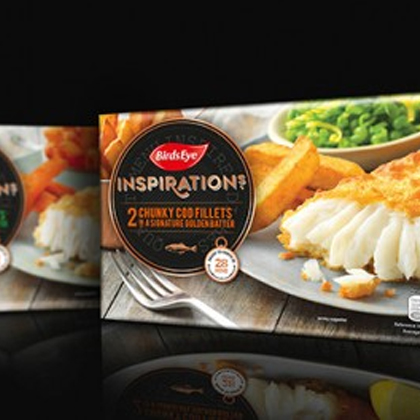 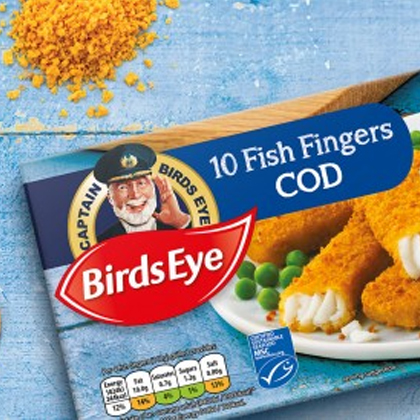 Brandon brings the Captain back for Birds Eye packaging redesign